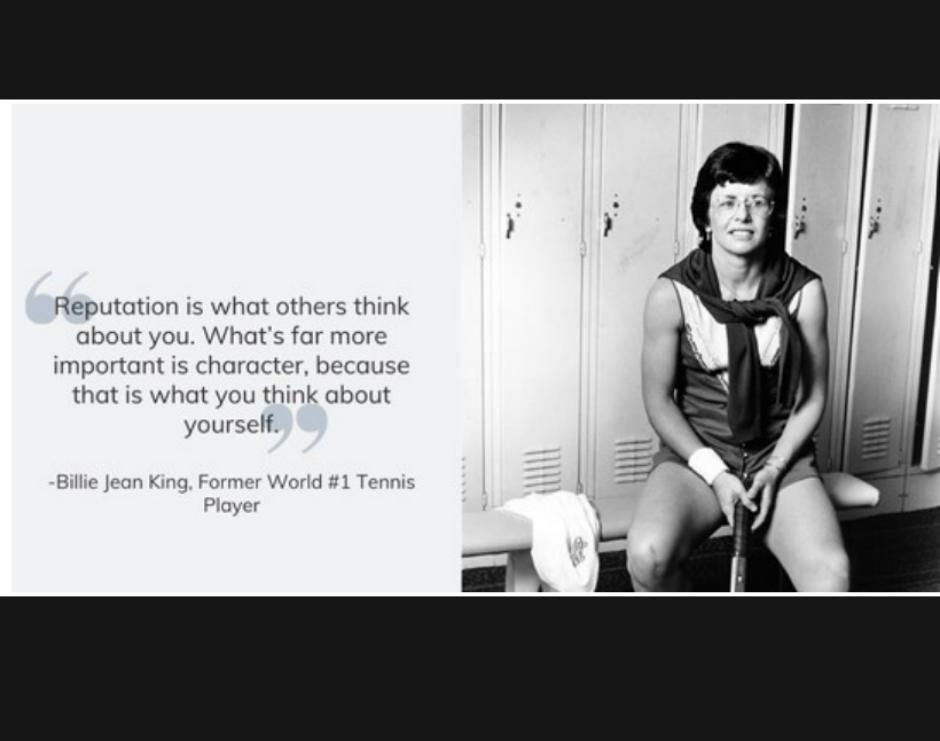 This week we wanted to highlight Billie Jean King, one of the most
influential figures in the world of sports and beyond.

King's achievements on the tennis courts are legendary. She was the
world's top women's player five times and won a total of 39 Grand Slam
titles. King used her fame to advocate for the advancement of women in
tennis and beyond. To fight for equal prize money, she formed the
Women's Tennis Association and became its first president.

King's straight-set win over Bobby Riggs in 1973's "Battle of the Sexes" was
watched by 90 million people and, along with the passage of Title IX the
prior year, is often considered the spark that ignited the boom in women's
sports.

King is a recipient of the Presidential Medal of Freedom and is in both the
International Tennis Hall of Fame and the National Women's Hall of Fame.
She is the first woman to have a major sports venue named in her honor,
and I'm not sure if you noticed, but she did the honorary coin flip at this
year's Super Bowl – pretty cool!

For all she's done to advance women's rights over the years and for every
young girl who's ever picked up a tennis racket or kicked a soccer ball,
I'm proud to honor her.

Next week we have another inspiring woman to share.